According to the Food and Agriculture Organization (FAO), 45% of fruits and vegetables that are produced are wasted! [1] That makes this group of foods the most wasted of all food groups. Add to this the energy and resources that it takes to grow, distribute and process produce in the first place and that equates to a huge waste. With fruits and vegetables becoming more and more in demand as more people adopt healthier eating habits, this food group deserves careful consideration before it is tossed into the trash or compost pile. 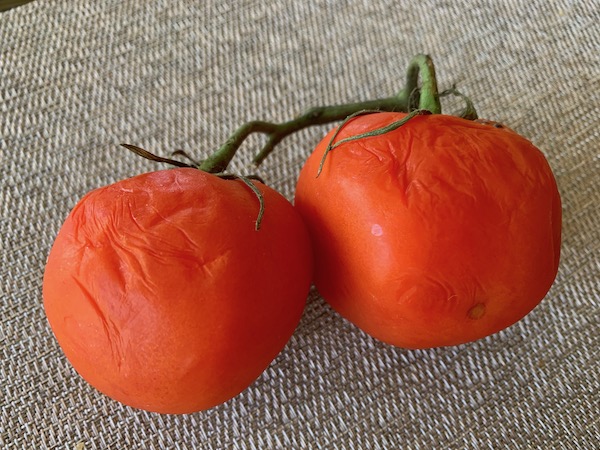 Most bakers know for a fact that fresh bananas do not make a good banana bread – the more brown spots and darker the skins, the tastier the resulting baked good. At the same time, most people forget to view other fruits and vegetables in a similar light. Often flavors enhance with age. Just remember, when considering your produce, that mold must always be avoided.

Let’s search for ways to use fresh produce that is either fast approaching its personal “eat by date” or has otherwise been damaged in some way along route into the kitchen.

For instance, the tomatoes pictured above don’t look very appealing. They’re old, wilted and bruised. Trying to slice them for a salad or sandwich would result in a soft, wet mess that won’t taste very good at all. Most people would go so far as to say that they are trash. As always, one man’s trash is another mans treasure! Baked goods and sauces, among other things, are perfect places to toss in damaged goods and then end up with a rave worthy creation. Let’s explore ways to use older fruits and vegetables, beginning with the wilted tomatoes pictured above. 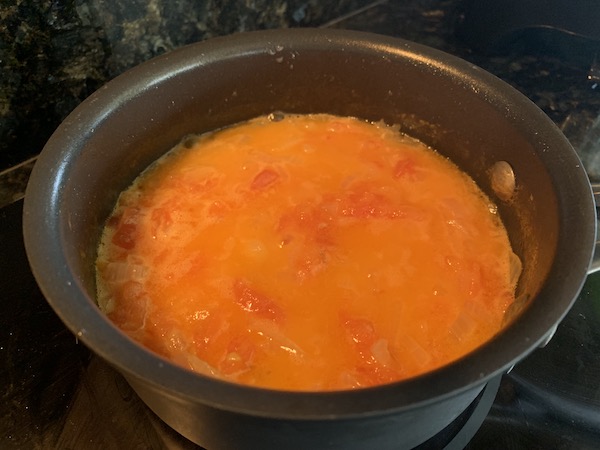 These old tomatoes actually laid the base for a very tasty pasta dish. We removed the skins and simmered them with some onions and a touch of garlic. Nothing else was needed in the pot because the tomatoes were so juicy at this point. We must admit that we did use Maui onions, which is why the resulting sauce was so sweet and delicious, but the dish wouldn’t have been possible without these old mushy tomatoes. 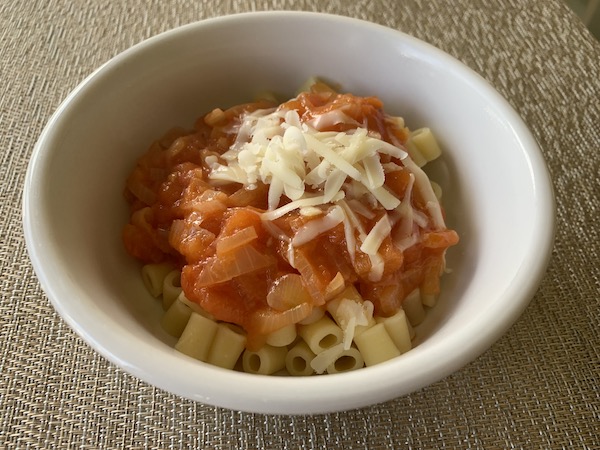 We added some pasta underneath and a little cheese on top… yum! Who would have guessed that it all began with (almost) rotten tomatoes?

Consider regrowing fruits and vegetables from their roots, often simply by placing the root scrap in water.

If you’re not already composting, it’s more than time to look into creating a compost. That’s after exhausting all other possibilities, of course.