Yes, olive oil can go bad.
Usually we speak of it as rancid because that best describes the taste when olive oil has gone bad. We’ve talked about olive oil before, but now let’s look at the reason that some oils expire or go bad before others. 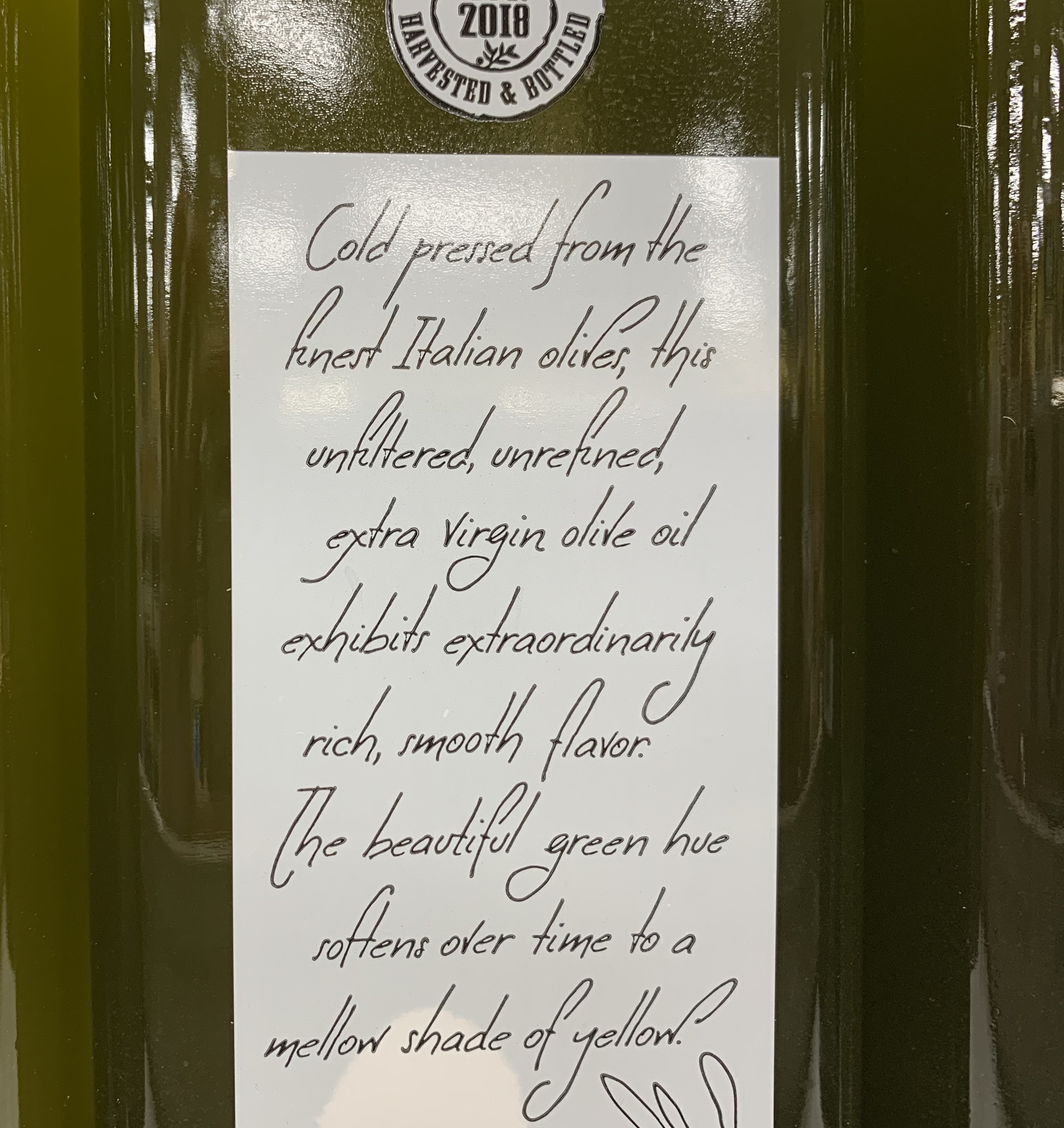 Factors contributing to the actual shelf life of olive oil include the time that the olives were harvested, the process used to extract and bottle the oil, and the storage conditions. As with most canned and bottled products, suggested storage is a cool dark place away from any heat and light sources. Let’s examine some of these factors a little closer.

Early Harvest:
Extra virgin olive oil that is called “early harvest” means that it was made from olives that were picked early in the growing season. This means that they were green olives, which are less mature than ones picked later in the growing season. These early harvest olives are bitter and have a higher concentration of polyphenols, but produce less oil than more mature olives.

Early harvest olive oil generally has a more robust flavor, most often described as peppery. This extra virgin olive oil is great for dipping and drizzling.

Late harvest:
Late harvest oil is made from the riper, purple colored olives and has a much mellower taste.

Filtering:
Another factor that will make a difference in the expiration of olive oil is whether or not the oil was filtered. Unfiltered oils that have not been processed will not last as long as filtered oils. Unfiltered oils look slightly cloudy and taste more like olives than filtered oils. Most commercial oils are filtered in order to remove any tiny olive particles that may have remained in the oil. The filtering process extends the shelf life of the olive oil.

With olive oil, color is not an indication of quality.
Olive oils can range in color from a pale yellow to a bright green. Oil color depends upon the variety of olive that was used to make the oil and the ripeness of the olives when they were harvested.

Many oils are bottled in green containers.
This can be mistaken for oil color when choosing an oil, but it is really about storage. A darker colored container helps reduce the amount of light that can possibly hit the oil.

To find out how long olive oil lasts, see our oil page.

To find out how long olives last, see our olive page.

To explore the differences between olive oil and extra-virgin, see our olive oil comparison post.

Another product where filtering can make a difference in shelf life is ultra-filtered milk.