As the weather heats up, most start thinking of ways to cool down. One path to this end is grabbing an ice cold beer. We’re not talking about ice beer and we’re not talking about fruit beer, both of which are now commonly sold and gaining in popularity. We’re not even talking about putting ice in beer, that would just be wrong! We want a beer that will remain cold till the end, and a little extra touch of flavor just makes it all the better. What we are referring to is a way to introduce both ice and fruit to plain old beer, allowing the beer to remain both ice cold and taste fruit flavored at the same time. Enter pop beer.

Pop beer is a refreshing adult drink that is great on a warm day and works well with whatever beer is the current favorite in the fridge. This is a two step DIY project that most adults are willing to take on – ice cold beer with a fruity twist! 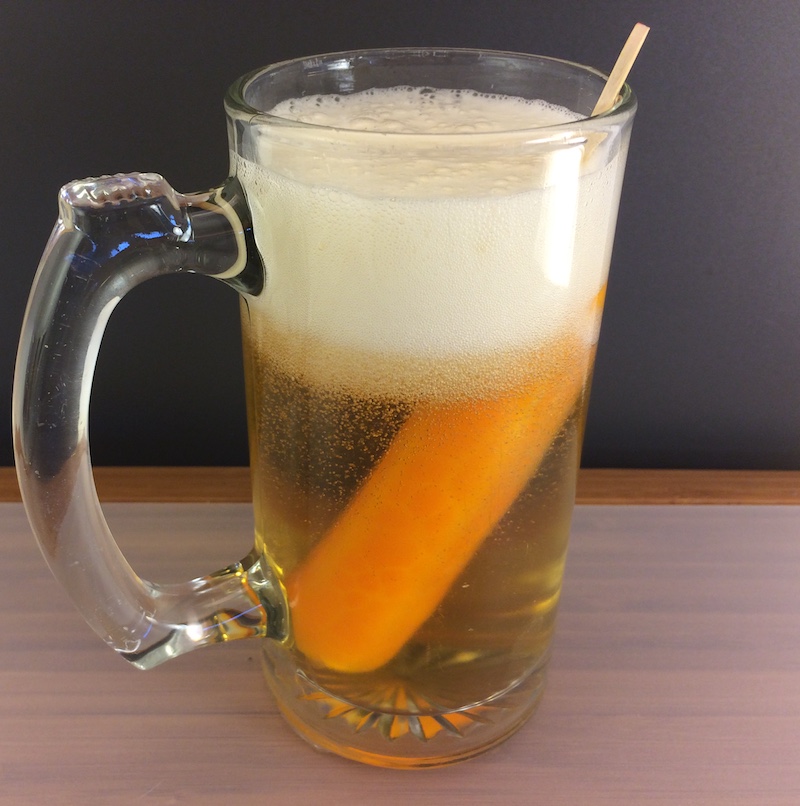 Recipe instructions for are best enjoyed on a hot summer afternoon or evening.

1) Unwrap an ice pop, popsicle or frozen fruit pop and place it head first into a beer glass or frosted mug.
2) Pour a beer into the mug and enjoy!

Our taste testers enjoyed the combination and most people were impressed that the beer and the popsicle were both finished at about the same time… except the one guy who chugged the beer, but we think he just wanted to eat the popsicle!

If a favorite beer and fruit combination doesn’t come to mind immediately, then try one of the following recommended favorites.

Added bonus: That lame joke printed on the popsicle stick which will stare you in the face once the beer is gone… just might be hilarious! 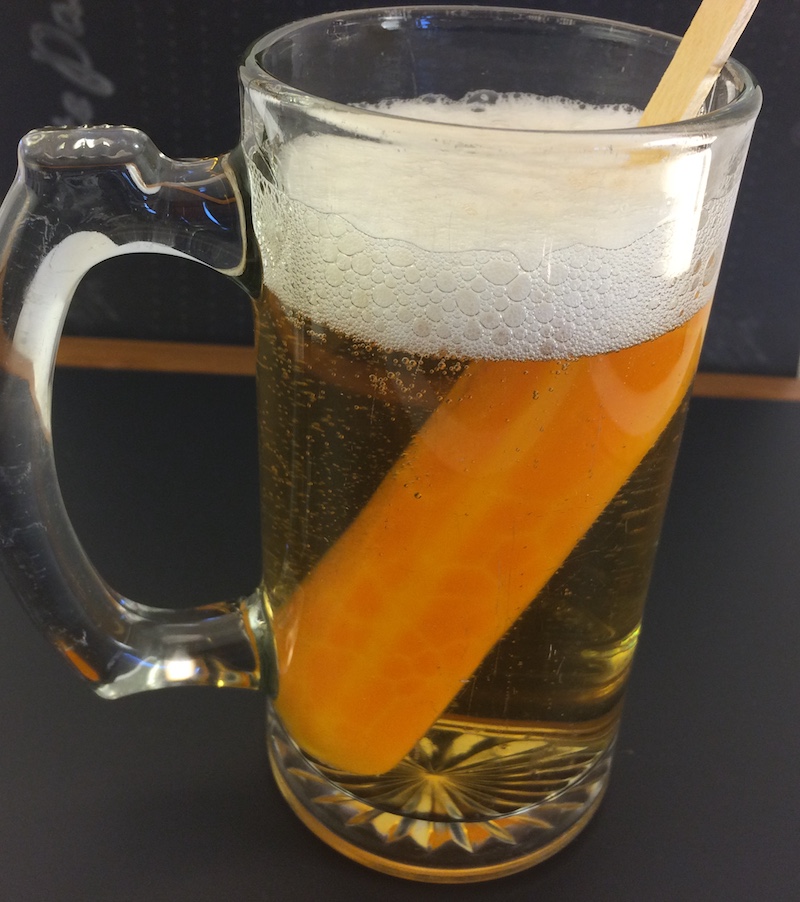 To find out how long beer lasts, check out our beer page.

To find out how long popsicles last, check our popsicle page.