There few foods as smooth and luxurious as a properly made cream sauce. Unless, of course, it breaks and separates. If that happens, luxurious is about the last way it could possibly be described. How does a cream sauce “break” and why does this happen?

Let’s find those answers and also look at what can be done to prevent broken cream sauce from ever happening. 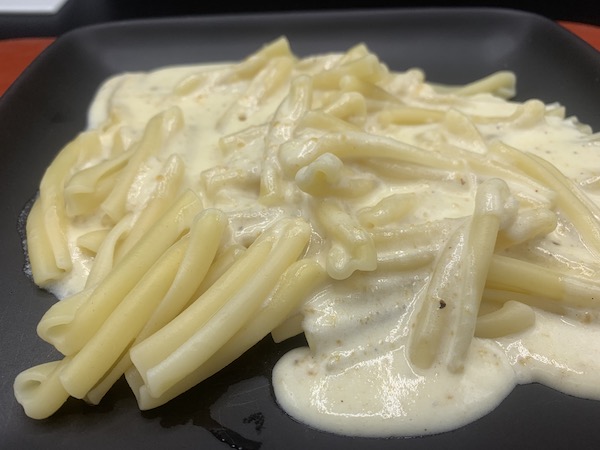 How to Prevent a Broken Sauce

Cream sauce is an emulsion, which is defined as a suspension of fat and liquid. The word suspension lets one know that the union is an uneasy one. The two elements become mixed, but not dissolved, with one another. A proper cream sauce is thick and smooth, but also very delicate.

A cream sauce can break in a couple of different ways.
Let’s look at why it might break and then how to make sure that it doesn’t happen. 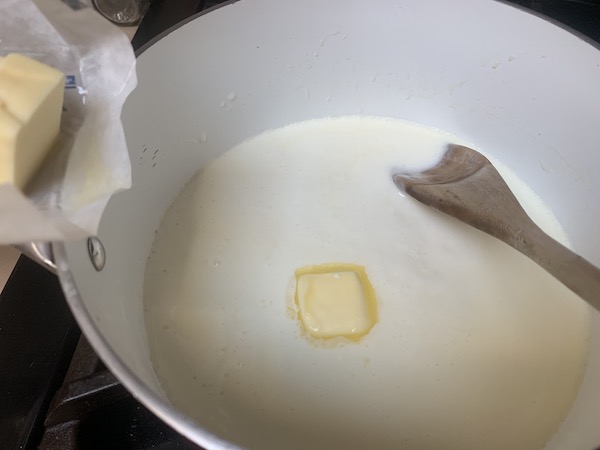 We’re using an Alfredo sauce as an example here in the pictures. But, these same dos and don’ts apply to most any sauce that appears creamy – whether or not it is actually cream based. Common examples include Alfredo sauce, Hollandaise sauce and Bearnaise sauce.

Made correctly, cream sauce both looks like velvet and feels velvety in your mouth.

Made incorrectly, and it can both look and feel like grain or meal and taste like straight lumpy grease.

What’s worse is that everything can change from correct (top pic) to incorrect (second pic) in about the time it takes to turn your back on the pan.

What if it’s too late?

How to Reheat a Cream Sauce

Just because the sauce held together the first time does not mean that you can reheat cream sauce without it then breaking up again. Re-heating is actually an even trickier procedure. Use the microwave for a bowl of pasta alfredo and you’ll end up with some pasta swimming in a bowl of melted butter. This is the bottom of the dish where the cream sauce separated. 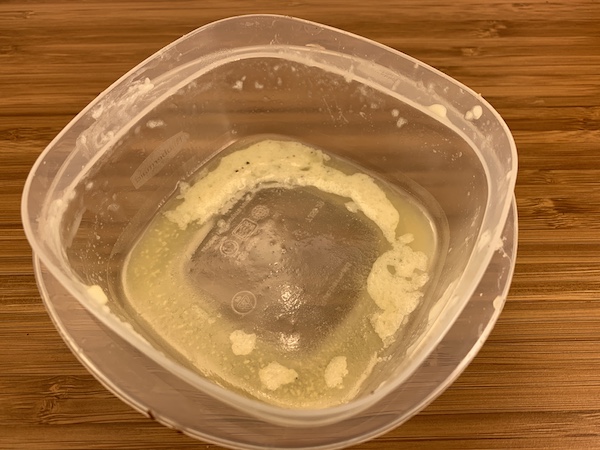 Patience is key – go slow and low – when reheating a cream sauce in order to minimize, or even eliminate, separation.

A double boiler is best for this task, although these aren’t used much anymore. Placing the sauce over steam from boiling water is a much lower heat than directly on the burner. This sauce needs to be heated slowly to keep together. After it begins to heat, about the time it reaches room temperature, slowly add some milk or cream to the sauce and gently mix. This should keep the sauce together.

Note: If the cream sauce contains wine, then mix in some melted butter instead of milk or cream. Due to the acidity of the wine, newly introduced cream will curdle.

If a double boiler is not available, then use a pan on very low heat and stir often. The sauce should stay together.
If you must use a microwave, then reheat the cream sauce on the defrost or low setting of the microwave. The sauce will probably still separate, at least somewhat.

Since it is important to heat and re-heat cream sauces slowly, be sure that a simmer can be differentiated from a boil.

To find out how long cream lasts, see our cream page.