Can You Freeze Tomatoes?

Question:
Can you freeze tomatoes?

Answer:
Contrary to popular belief, you can freeze tomatoes from any original state… as long as the resulting thawed tomatoes are only used in a recipe that calls for cooked tomatoes.

Once tomatoes are frozen, their texture will be forever altered.
Tomatoes that have been frozen will never again substitute for fresh tomatoes, even after thawing. 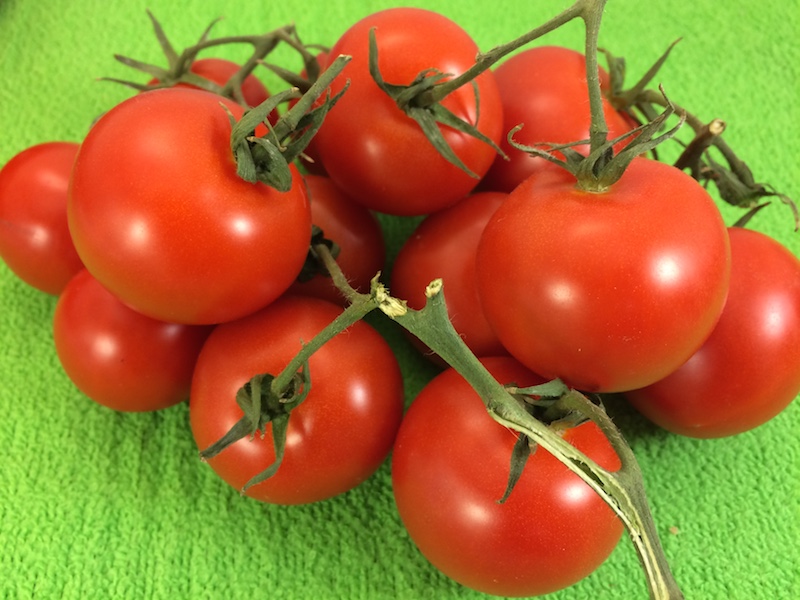 Tomatoes may be frozen either whole, sliced, chopped, or puréed.
You can freeze raw tomatoes, cooked tomatoes, tomato juice, tomato sauce or most any other recipe that you may have added them into. No matter what state they were when they went into the freezer, just be sure to use them in a cooked (or reheated) recipe once removed from the freezer. When fresh tomatoes have been frozen, their structure breaks down leaving a mushy texture that’s unappealing in any recipe calling for fresh tomatoes.


To later peel frozen tomatoes, simply run them under warm water at the sink allowing the skin to easily slip off.

Note: Blanching is not necessary before freezing tomatoes. Although, if you wish to freeze tomatoes without the skins, then you should dip whole tomatoes into boiling water for one minute until the skins begin to split. Peel the tomatoes and then either chop or place whole into freezer safe containers as directed above.

Only package vegetables and other foods to be frozen into materials that were intended for freezing. Freezer safe containers should somewhere be labeled “freezer safe”.


Be sure to always keep your freezer temperature at 0°F or below.

Many people also question potatoes, so we have a post dealing with freezing potatoes.