QUESTION:
How long to boil potatoes?

ANSWER:
The time needed to boil potatoes depends directly on the size of the potatoes to be boiled. 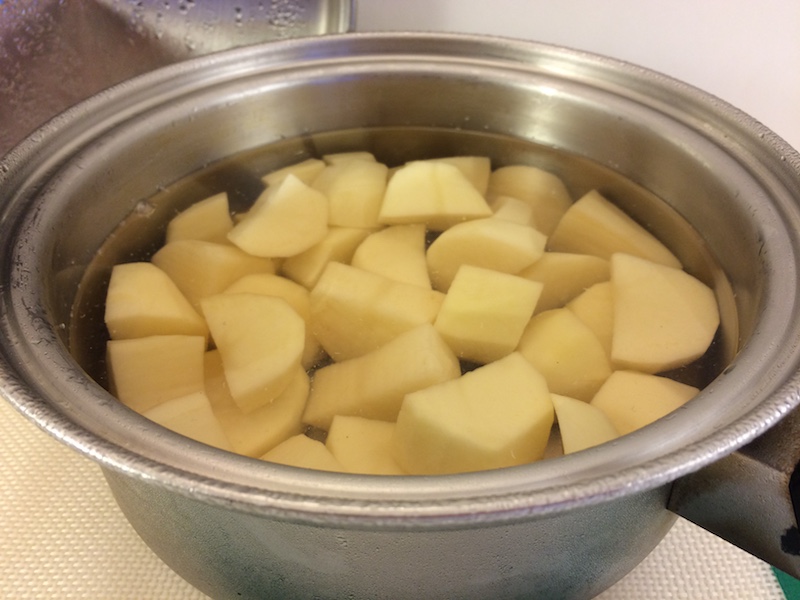 Fingerlings:
Fingerlings need to boil for about 15 to 20 minutes, since they are sized between a cut potato piece and a whole red potato, .

What’s the best way to test if a potato has boiled long enough?
Pierce one or two of the potatoes to test for doneness. If the fork or knife slides through easily, the potatoes are done and should be drained.

For the best way to keep potatoes from turning brown, see our brown potatoes FAQ post.

If your potato is green, read our green potato FAQ post before using that potato.

To find out how to bake a potato, see our baked potato post. If grilling, check out how to how to grill potatoes.