How To Cook Pasta

Here are all the basic steps, alongs with pro tips to make pasta that is always cooked to perfection. 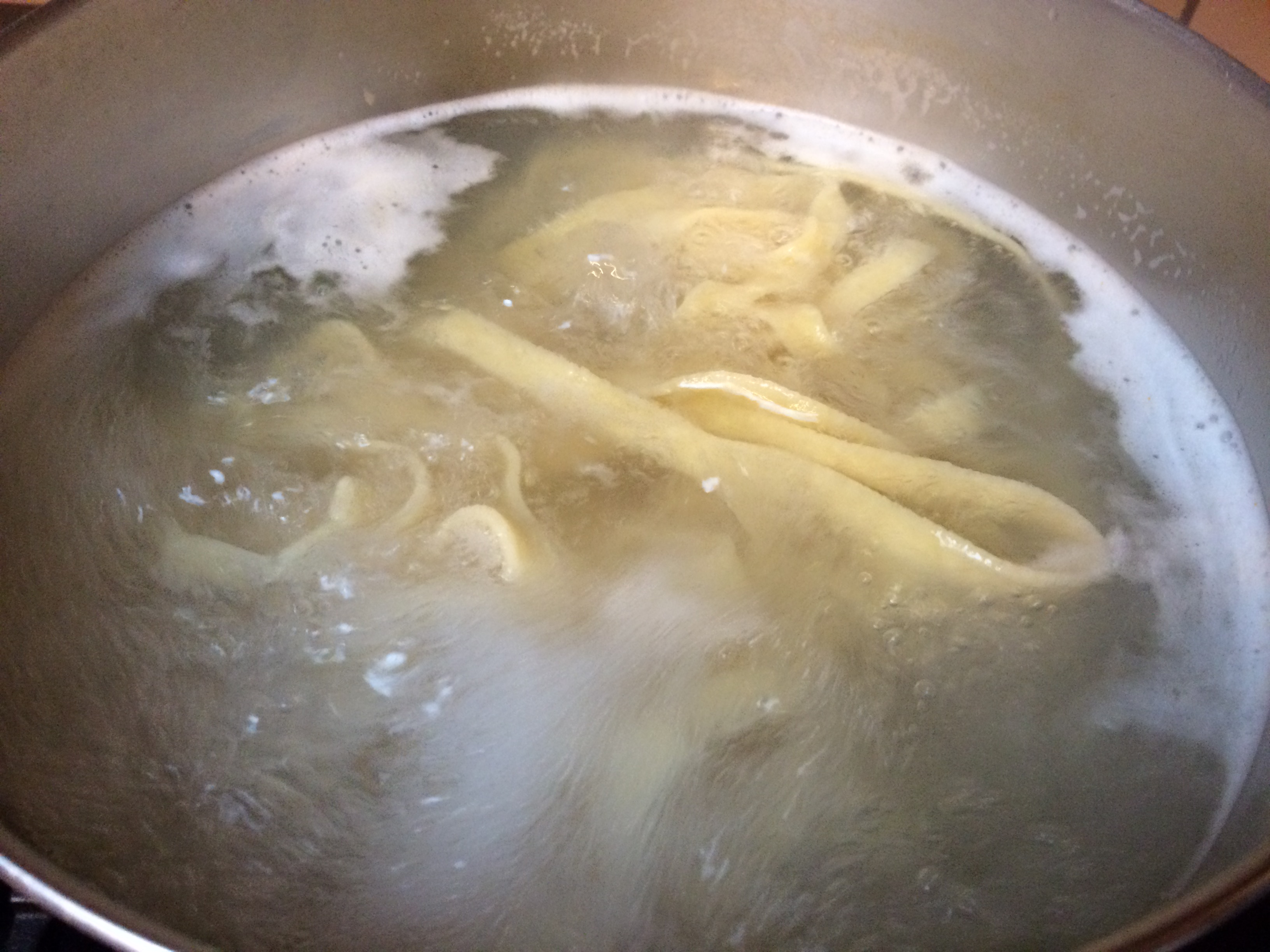 1) Get a really big pot and fill it 3/4 of the way up with water.
You want lots of water to all allow the pasta plenty of room to move around, otherwise it will stick together. Generally, 4 – 5 quarts of water works best.

2) Cover the pot and bring the water to a full rolling boil (lots of bubbles) then add up to 2 tablespoons of salt to the boiling water.
This may seem like a lot of salt, but about 75% of the salt washes away with the pasta water. What remains seasons the pasta so that it will be tasty whether served alone or with a favorite sauce.

3) Add pasta to the salted boiling water all at once and then give it a big stir.

4) Allow the water in the pot to return to a boil.
Stir the cooking pasta again and then set the timer for a minute (or two) less than the recommended time. To cook pasta properly, you want to make sure that the boiling water surrounds each strand – that’s why it’s important to stir the cooking pasta just after it boils so that it will not stick together. Stir it once and a while during the cooking process too.

5) Taste test a strand of cooked pasta when the timer rings.
Maybe it’s done or maybe it needs another minute or two (or three). Most people like pasta “al dente” which means that it is still slightly chewy. Overcooked pasta is mushy and usually undesirable, but it is important to make sure that the center of the pasta is also done.

6) Drain the pasta into a colander.
Once drained, it’s ready to go into any sauce.

NOTE: If sauce will be later added to the cooked pasta, then don’t add any oil to the water (or the pasta) as it will make the pasta slick and unable to absorb the sauce.

But wait, don’t throw out all that starchy pasta water!
Use the pasta water in one of the following ways:

1) It’s best to reserve 1/4 to 1/2 cup of the water used to cook pasta because it’s full of starch which will help your sauce stick to your pasta. It also works great to thin a pasta sauce that may have become too thick while waiting for the pasta to cook. Use a cup to grab some water out of the pot before draining.

2) Another tip to do with the pasta water is to put a ladle of it into your bowl just before serving. It will warm the bowl and thus keep creamy sauces from clumping up when served as it hits the nice warm bowl. *Be sure to dump the warm water out before adding your pasta to the bowl!

NOTE: Fresh pasta and homemade pasta tend to cook quicker than dried pasta, but it also depends on the shape of your noodle. Some homemade pasta is very thick and must cook for a longer amount of time while other shapes of pasta are very thin and will cook in just a couple of minutes.