This is a quick Thai inspired soup that we decided to try when we discovered some very old, way beyond their best by date and therefore by some peoples definition “expired”, bean thread rice noodles in the back of a drawer. 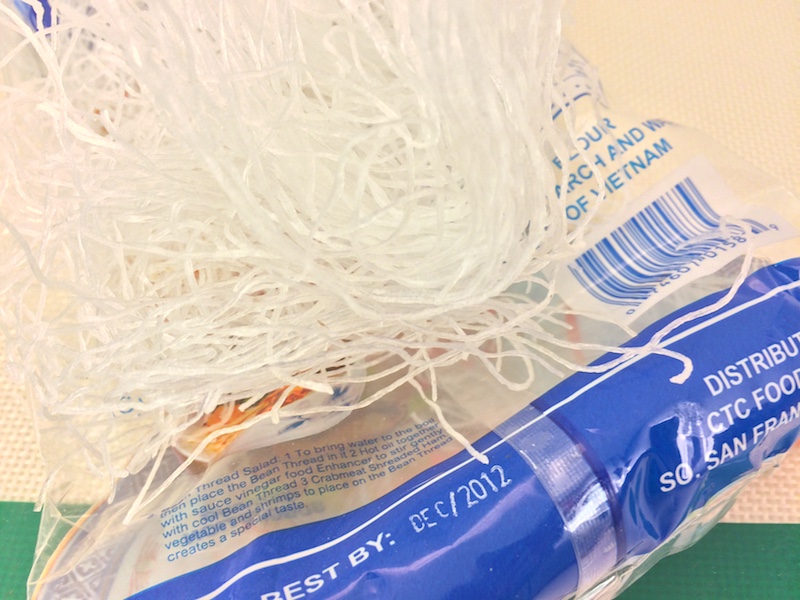 Here’s the package of bean threads that I discovered and, after careful consideration, decided was too good to send to the landfill. This package was used as the main ingredient for a Thai chicken soup recipe that I’d been wanting to try.

Yes, that’s a best by date of 2012 and this is indeed now 2018. These noodles have been around for longer than recommended on EatByDate, but I went forward with the plans to try this soup for lunch for reasons stated below. Let’s check how things came out.

Soups can be nutritious and they can also be elegant and/or decadent. Most often mine are considered to be a melting pot of flavors created from a bone and whatever other scraps I just happen to have around that sound good together at that moment. This Thai chicken soup is different in that I had been wanting to try this recipe from Food Network. It was easy to make, I just substituted these “expired” bean threads for the noodles, adding them after the chicken and vegetables since they only needed a quick boil to be tenderized and ready. The soup came out looking like theirs, except that I added some zucchini for extra veggie power. It tasted delicious, with a little unsuspecting kick of spice.

The soup, including the “expired” bean threads, was considered quite tasty by all my taste testers. Bean threads are made from basically ground mung beans (bean starch) and water, but then they are dried until no moisture remains. Therefore, they last long beyond their best by date. These noodles are beyond EatByDate recommended dates of use, but because of the ingredients in the noodles along with their other qualities including appearance and lack of any smell, I decided to give them a try. I boiled the threads in the soup for a few minutes, instead of just soaking them in hot water as per the label directions.

No problems to report here. A simple broth was first boiled and then chicken, vegetables and our package of “expired” rice noodles were also boiled for a few minutes. These noodles got tender and nice, just as they should. Here’s a close-up of the soft, delicious “expired” cellophane noodles in the Thai soup. 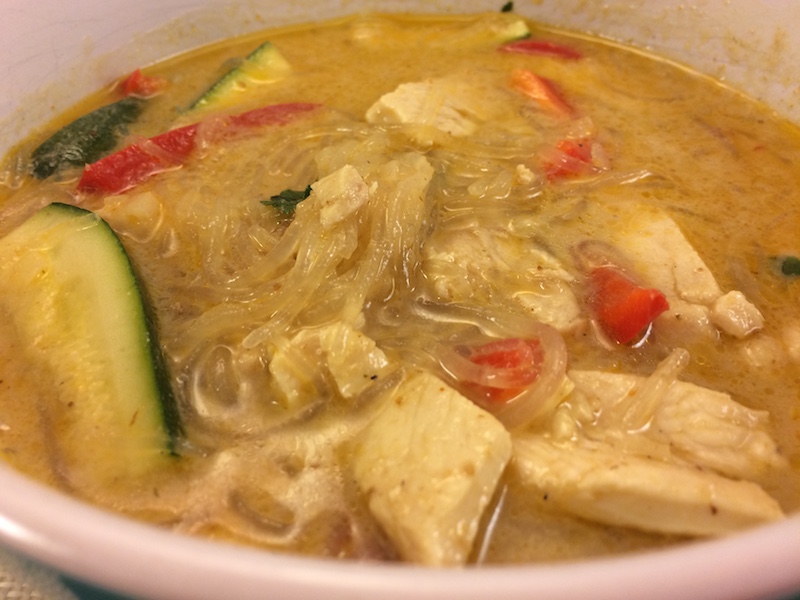 For more information on the shelf life of noodles see our pasta page.

Not all expired foods come out as well as todays soup. To see what happened to an old cornbread mix, see Mondays cornbread post.