There are so many yogurt choices out there. What was once a tiny section in the refrigerator section of the market is now an entire isle in most supermarkets! Are they all healthy? Are they all created equal? 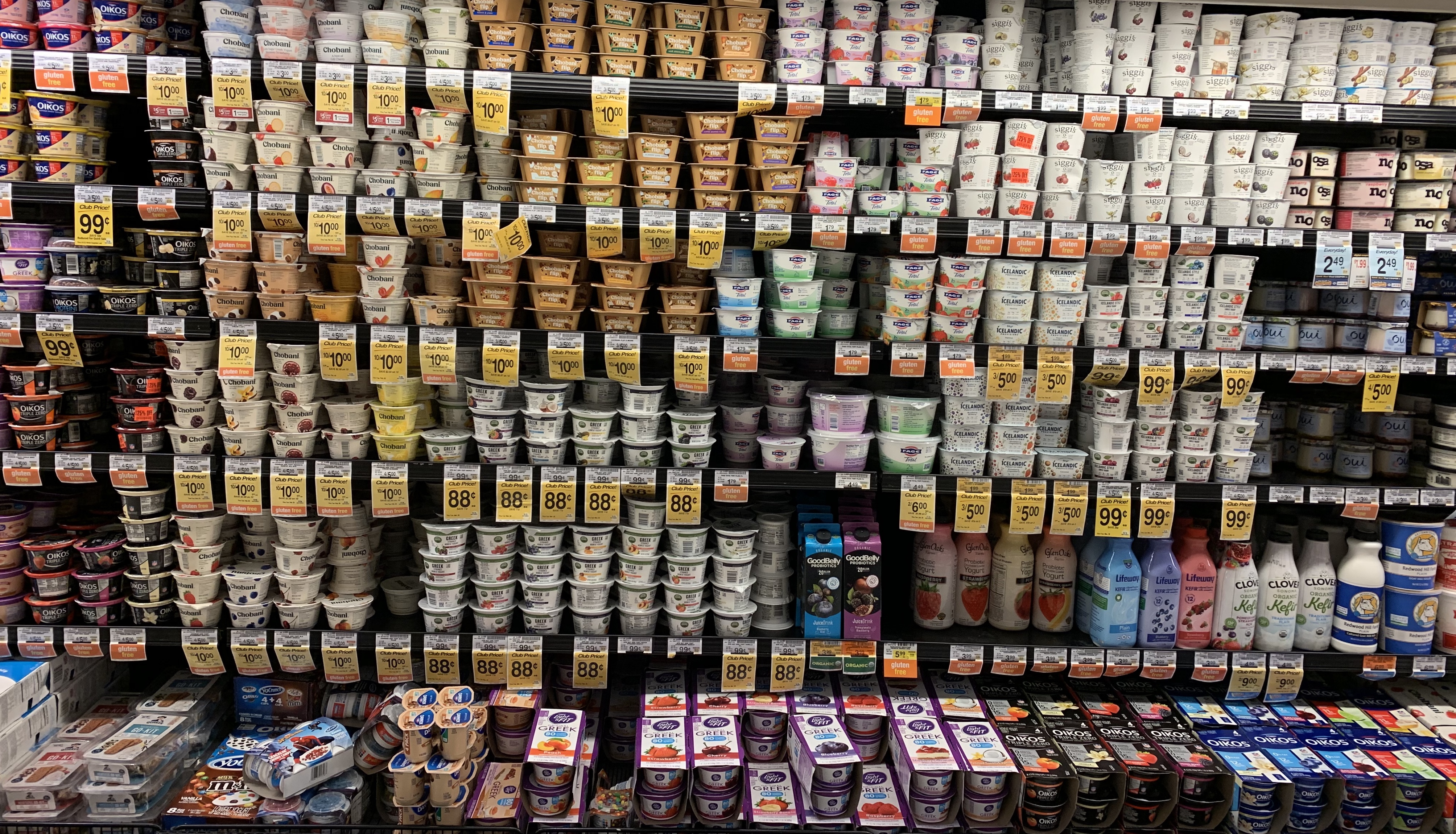 The basic types of yogurt widely available today are:
1) Traditional
This yogurt is unstrained, meaning that it still contains the whey, making it thinner than the newer styles of yogurt. It usually has more calcium and natural milk sugars than the other varieties.
2) Greek
This type of yogurt now makes up almost half of the yogurt sold in the United States. It is a strained yogurt which means that some lactose, calcium, milk sugars and minerals have been removed from the yogurt. The sugar and carbs remaining here are usually about half of traditional types. Although all of these have been removed, what remains is a much thicker yogurt that is higher in protein. One cup of Greek yogurt can contain up to double the amount of protein as traditional yogurt.
3) Icelandic
This is the thickest variety of yogurt available. It takes 4 cups of milk to result in just one cup of Icelandic yogurt, giving it the highest concentration of protein among yogurts. This is also a strained yogurt, but it also has the longest incubation period of all the yogurts. The result is a tart yogurt containing the lowest amount of milk sugars.
4) Australian
This yogurt is an unstrained variety made with whole milk, which leaves it creamy and with a higher concentration of fat than traditional.
5) Non-Dairy
There are now also many non-dairy yogurts appearing. They are cultured from such products as soy, coconut and almonds. They usually have calcium added to make up for the missing milk ingredient, so check for this.

Are All Yogurt Types Healthy?

Are all types of yogurt healthy? Some not so much.
Too much of goodies like fats and sugars and/or too little probiotic activity within the container can negate healthy yogurt benefits.
Below are some guidelines on what to check for when comparing yogurts.

Be sure to check the EatByDate yogurt (yoghurt) page for how to tell if yogurt is going bad.

For more on cultures, see our yogurt cultures post.

If your yogurt cultures have gone bad then check our yogurt substitute page.

If you’re thinking about the freezer for storage, see our freezing yogurt post.