Club soda, seltzer and sparkling water are often confused for one another.
Rightly so, says anyone who ever grabbed one while running through the market in a hurry and arrived home with something different than they intended. Although similar in appearance and sharing the same space on the grocers shelf, they also have some unique qualities.

Let’s explore both the similarities and differences of sparkling water, club soda and seltzer. Shown in the three glasses below, they actually still look nearly identical when poured. 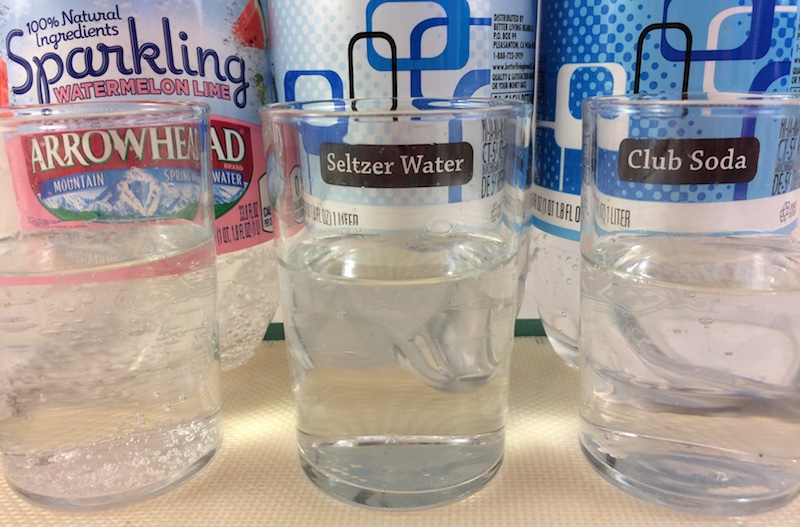 The Similarities between Club soda, Seltzer and Sparkling water:


The Differences between Club soda, Seltzer and Sparkling water:

The chart below summarizes the differences between these three clear, carbonated drinks.
The most unique product, as far as ingredients and thus also in taste, is the club soda. The addition of either Sodium Bicarbonate or Sodium Citrate is why club soda is often recommended for indigestion and to wipe a stain from clothing in a pinch. This addition appears to be effective in elevating blood pH [1], thus helping with indigestion. [2] But beware, as this seemingly harmless soda may cause interactions when taken with other medications, such as antacids. [3]

To find out how long water lasts, check our water page.

To find out how long soda lasts, check our soda page.

To find out how long liquor lasts, check our liquor page.