Question:
What’s the difference between a macaron and a macaroon?

Answer:
Besides the obvious differences of spelling (one has an extra “o”) and pronunciation (one rhymes with noon and moon and the other ends in “on”), there are numerous differences in these two words. They are both cookies – but their commonalities pretty much end there! 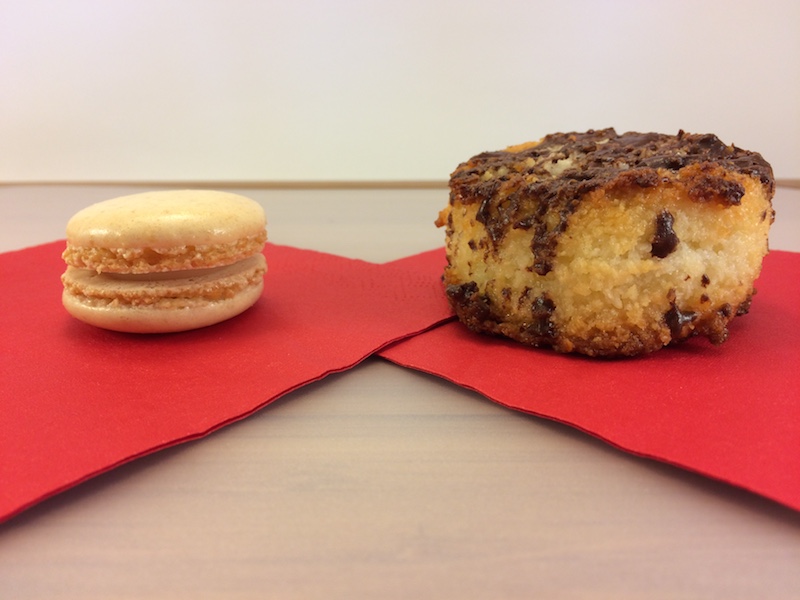 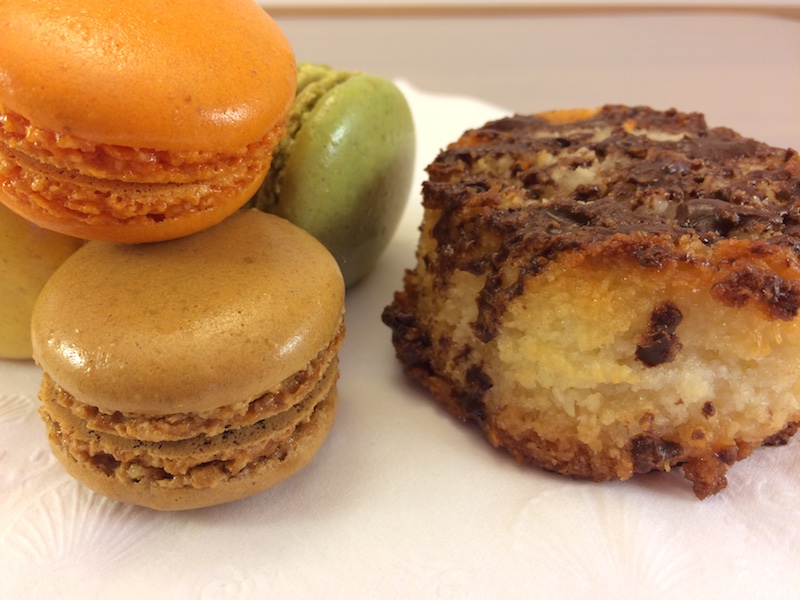 Macarons vs Macaroons - The Similarities

They are both cookies.
Therefore, recipes for both will include in their ingredient list sugar and eggs. More specifically for these particular cookies, they each use only the whites of eggs.

Even though these cookies appear and taste completely different, they were both derived from the same recipe.
Legend has it that both of these cookies originated in Italy where they were made with nut flours by Venetian monks in the 8th century and were known as maccherone. When Catherine de’ Medici (an Italian woman) married the future King Henry II in the 16th century and moved to France, she brought this cookie recipe along with her. The castle staff translated the name to French and they became Macaron. It was a small cookie, crunchy on the outside and soft on the inside. In the 1830’s, Parisian bakers began putting two of these cookie together with ganache in the middle to hold them together. This is what we know today as the Macron. Back in Italy, as coconut was becoming more plentiful, someone tried replacing the nut flour with coconut and the Macaroon was born.


Macarons vs Macaroons - The Differences 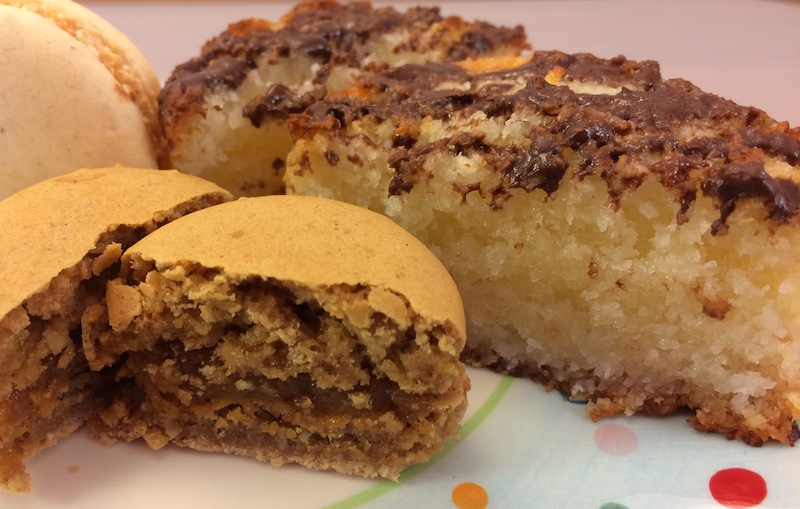 To find out how long eggs last, check our egg page.