Plating a homemade dish to look like a professional chefs plate is easier than one may think. In most cases, a simple stroke of the wrist can change the entire appearance of an average looking plate for the better. There are two major strokes that professionals commonly use, but anyone can learn. Another advantage for this happening at home is that no special tools are required – they are already available in most every kitchen! 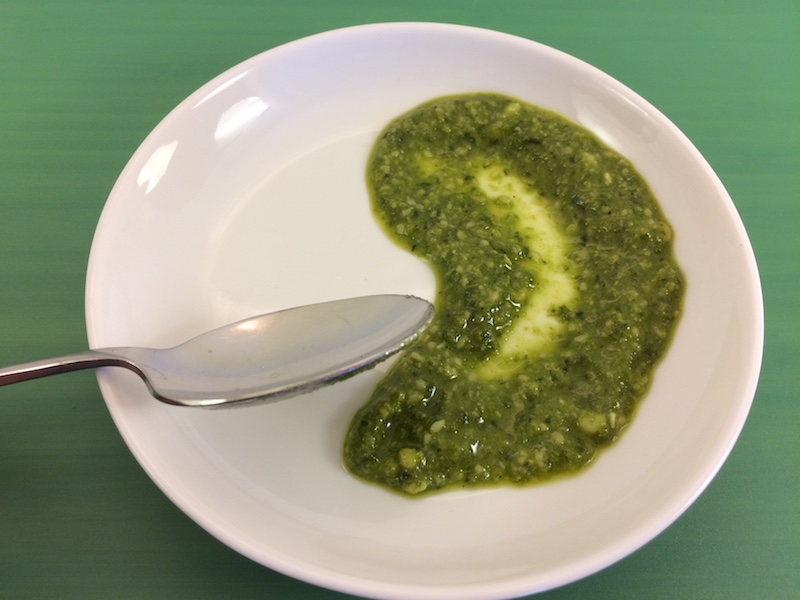 Professional plating sounds way more complex than it actually is. The reality is that a simple stroke of the wrist will produce a professional looking plate. There are two main strokes that are universally used by most chefs. There’s the swoosh (unrelated to Nike!) where the only tool needed is a spoon and the brush stroke (exactly like painting!) where only a brush is needed. Following is more detail on both methods.

Grab a tablespoon and dip it into a colorful thick sauce or puree. Imagine your round plate as if it is the face of a clock. Place the spoonful at 12:00 on the plate and then press down with the back of the tablespoon into the center of the sauce and use one motion to drag most of the sauce halfway around the plate, pressing as you follow the inside curve of the plate until the sauce trails off at about 6:00.

Again imagine a round plate as if it were a clock. Place a tablespoon of thick sauce or puree at 12:00. Using a pastry brush, or another type of clean thick brush, simply press and drag through the blob of sauce toward the other side of the plate directly to 6:00. 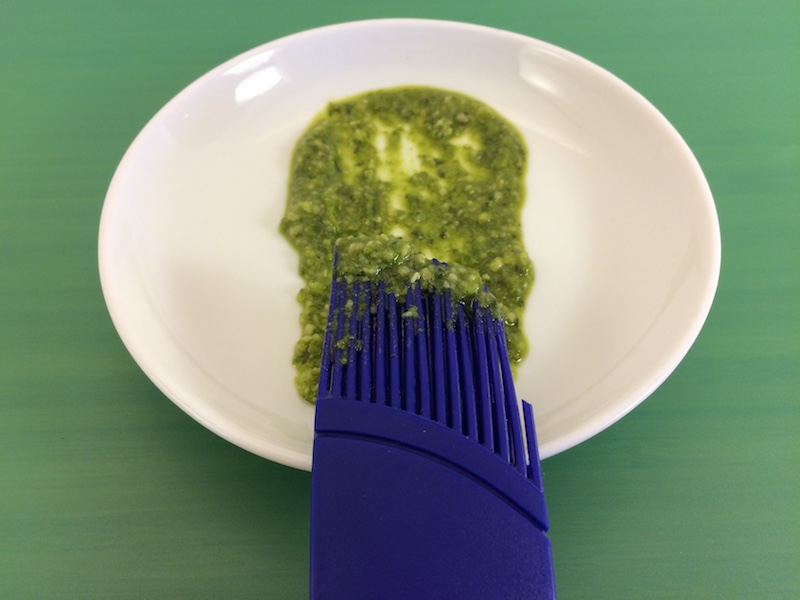 Thin entrees that are placed perpendicular to the stroke will look best if using this stroke.

Get fancier and make two brush strokes from the same blob in different directions for a more interesting background. 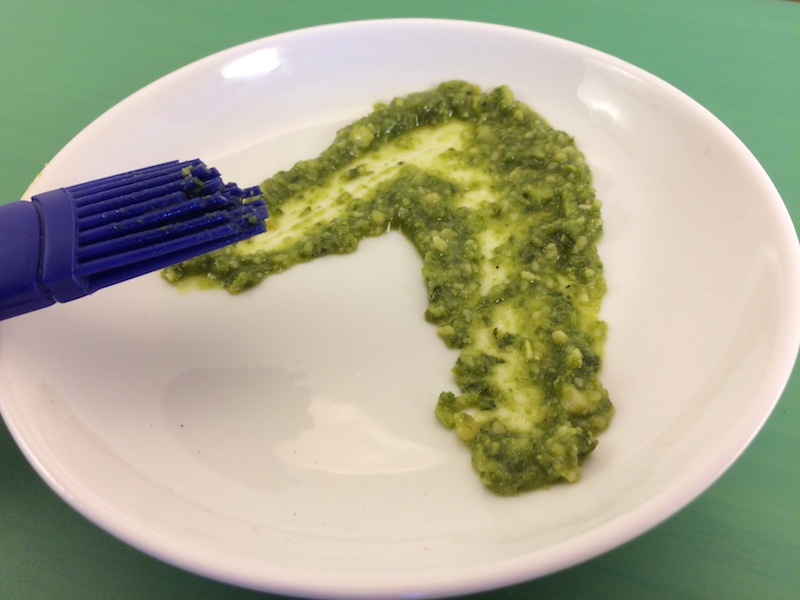 Note: I used pesto for these plating examples. A smoother sauce will give more professional looking results.

To find out how long pesto lasts, see our pesto page.

We just use a pastry brush for plating at home,
But, for those who are serious about a beautiful looking plate of food, this tool set will provide professional results.