Question:
When speaking of food, what is an egg wash?

Is it necessary to use an egg wash?
Can an egg wash be done without using eggs?

Answer:
An egg wash is a term used for brushing beaten eggs onto a pastry top prior to placing it into the oven.

An egg wash provides a shiny appearance to the finished product and helps to provide an even and more appealing browning color to the top. An egg washed pastry is often described as having a glistening, golden brown crust. 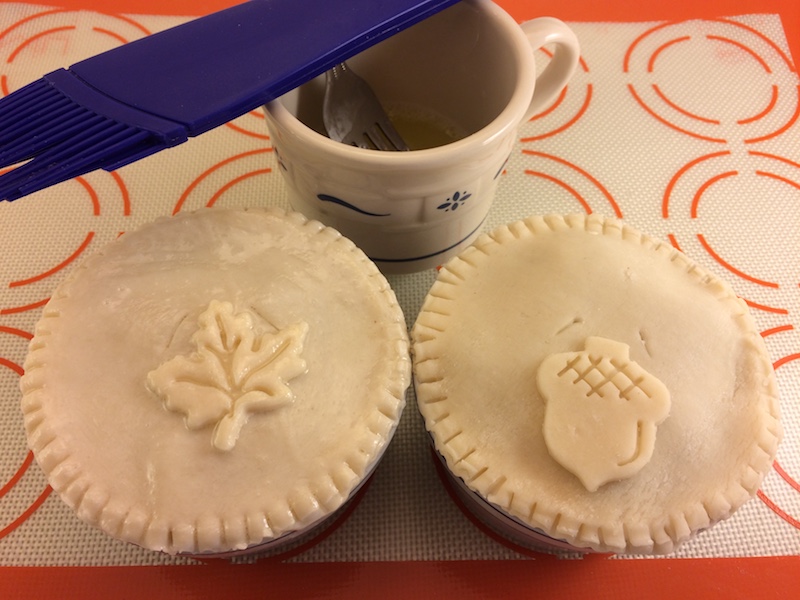 What’s the purpose of an egg wash?
Egg adds a layer of protein on top of the pastry, allowing for a quicker reaction to the heat of the oven and thus a nice golden sealed appearance on the outside of the baked good. An egg wash should be added to the top only of certain baked goods where a nice shiny golden crust is desired. An egg wash is generally the final step in most flaky pastry recipes including scones, pies and even some types of bread, like brioche.

How to make an egg wash?
An egg wash can be made simply by beating an egg in a bowl with a small whip.
Don’t beat it to stiff peaks like a meringue, but only until you’ve got soft bubbles.
Most of the time only the egg white is used for a wash, for instance on a pie crust or scone, but the whole egg is often used for a bread or brioche.
To make an egg wash easier to work with and apply more evenly, it is beneficial to add a pinch of salt and a tablespoon of water to the egg white before whipping.

What are the results of using an egg wash?
The pie to the left with the leaf crust had an egg wash (as in the above picture) and the pie to the right with an acorn crust had nothing applied to the crust. The two crusts were then baked together, exactly the same, on the same baking pan. Note that the egg wash crust is shiny, browned, appears flakier, rose higher and generally is just more appealing than the other crust which really didn’t even get cooked thoroughly in the same amount of time. An added benefit is that an egg wash can be used to bind crusts together, the top and bottom crust did not separate on the leaf pie, but the acorn did come apart and lift from the crust. 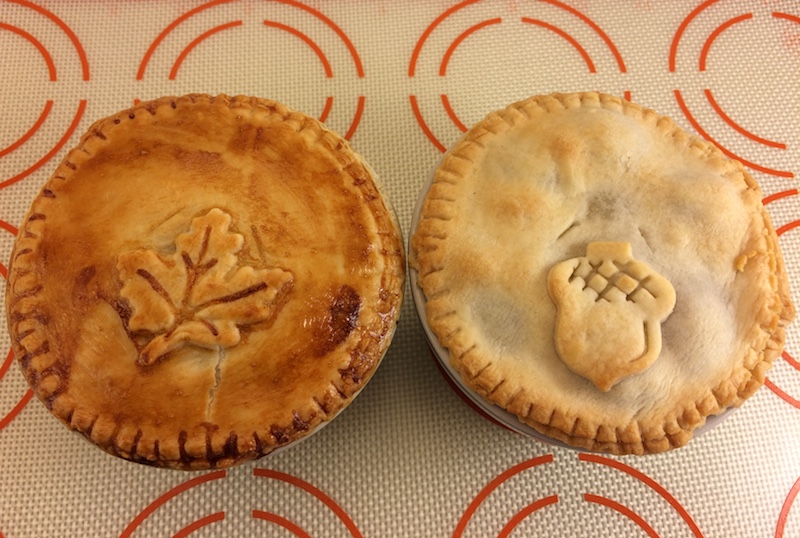 Is the egg wash step really necessary when called for in a recipe?
It does make it nicer – not only in appearance and color, but also adds a tiny little crunch when first biting into a baked good. So no, it is not necessary but is highly recommended.

Out of eggs?
If an egg wash is desired, but not possible, then brush some milk or cream onto the pastry tops.
No milk? Even a little brush of water on top will help to promote the browning process.

To find out how long eggs last please visit our egg page.