How Long to Boil Shrimp

Shrimp cooks very quickly. The exact time depends on the size of the shrimp. See the table below for the exact time to boil shrimp.

Overcooked shrimp becomes chewy and sometimes even grainy in texture, not the intended experience. Perfectly boiled shrimp becomes soft and almost melts in your mouth, a true pleasure to eat. 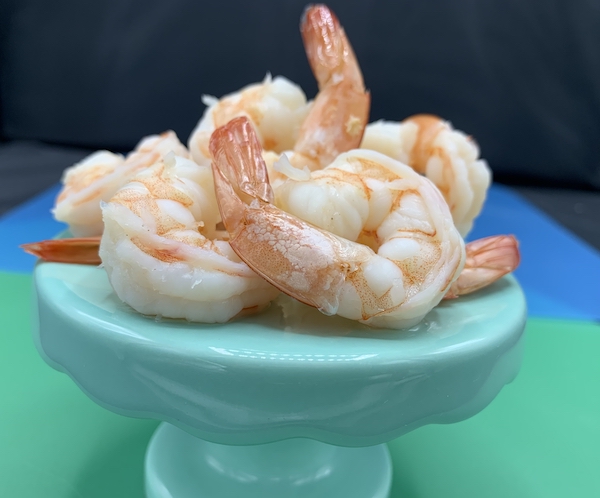 How Long to Boil Shrimp

The time needed to boil shrimp depends mostly on the size of the shrimp being boiled. The following table is suggested times to boil shrimp, actual times can vary slightly depending on conditions. See below the table for visual indications to tell when shrimp are cooked. After that we’ve listed instructions on how to boil shrimp along with a few other shrimp suggestions.


Boiling shrimp for times longer than the numbers noted in this table will produce tough shrunken shrimp that are difficult to chew. Cooking times for shrimp are very short no matter the cooking method, whether they are boiled, fried or baked.

Note: Shrimp can be sold cooked or raw, both refrigerated and frozen. Since shrimp have a very short shelf life when fresh, we suggest purchasing them frozen. Since shrimp boil or cook so quickly, we suggest purchasing them raw. Our personal choice is frozen raw extra jumbo shrimp. We further suggest cooking or boiling shrimp from their thawed state. Thaw them in the refrigerator overnight or in a bowl of cold water just prior to cooking.
So, how do you tell the difference between raw and cooked shrimp?
Raw shrimp are a grayish color and cooked shrimp are bright white with a beautiful pink hue. 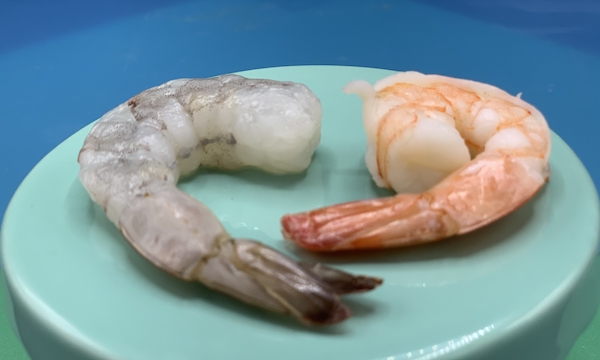 How to Boil Shrimp

Remember, never overcook shrimp. Once the translucent flesh turns white and the pink color emerges, the shrimp should be cooked.

To find out how long shrimp lasts, visit our shrimp page.