Coconut water now accounts for some major real estate within grocery store isles as it continues to grow in popularity. Let’s take a closer look into some of these containers, especially after they have been around for awhile.

It is always good to know how something is supposed to look, smell and taste so that there are judging parameters. 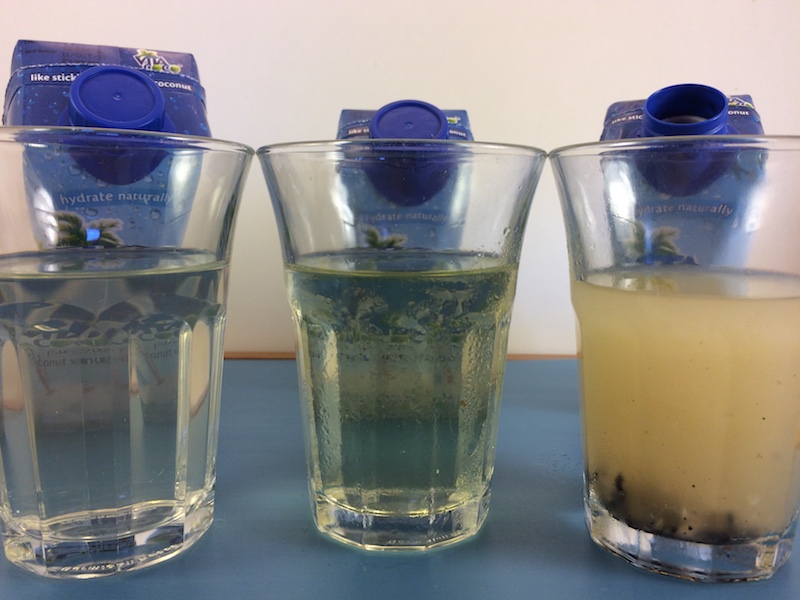 Three choices in this picture – which one to choose? The glass on the left is coconut water well within its eatbydate. The one in the middle is beyond its eatbydate by an additional year. The one on the right is completely spoiled as the seal was broken as it aged. The correct choice is clearly on the left, the only one to be enjoyed in this case.

The dates are a little hard to see, especially on the dark blue boxes of coconut water, so here’s the scoop. The one on the left has not yet hit its best by date of October 11th, 2017, the one in the middle has gone well beyond any eat by date with a best by date of March 25th, 2015 (notice that it is turning yellow in color). The glass on the right came from a container with the same best by date (3/25/15), but the inside seal was broken open before storage in the refrigerator. Don’t touch the glass on the right!!!!

Fresh coconut water should be a clear-ish white-ish color (and be free of any chunks!).

There are always plenty of questions surrounding the differences in shelf life between open and unopened packages. For some things it’s really not a big deal whether a package is opened or not, as long as they are properly resealed. Yet for the majority of food and drink products, it is a very big deal whether or not a seal has been broken and the package previously opened (even if it was properly resealed). Air is the enemy of food and drink and thus companies go to great lengths to remove it from their packaging. Once a package is opened, damage can begin to progress. That’s why an open container of coconut water should be finished within three days. Below is a different view of the previously opened water. 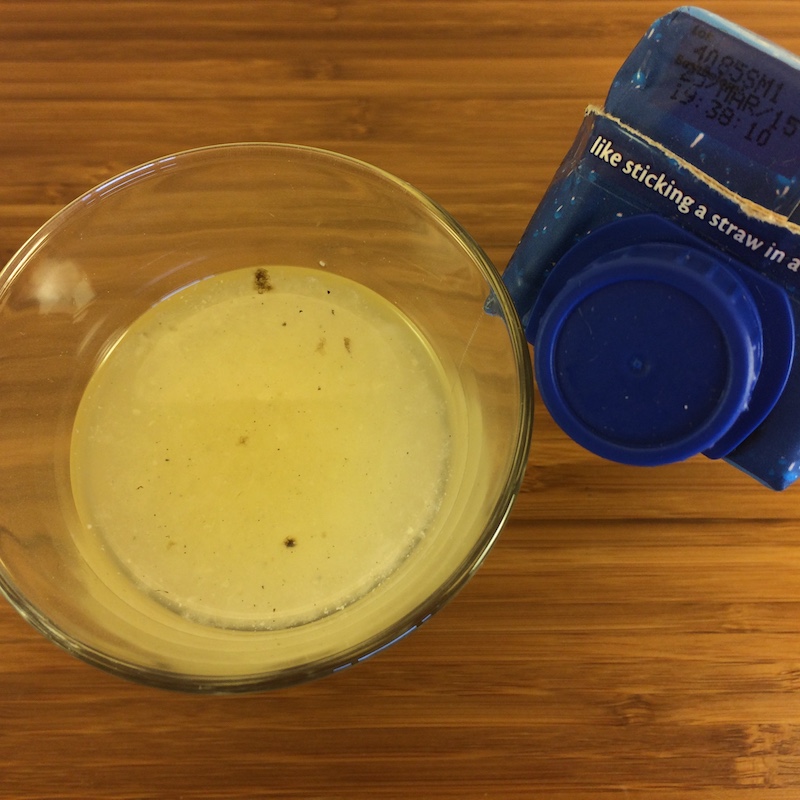 Yes, that is mold floating around on top.

Coconut water is packaged by many different companies. Most use aseptic containers that are shelf stable until opened, meaning that they do not need refrigeration until they are opened. Most varieties are pure coconut water, but some will add small amounts of sugar, vitamins and/or natural flavors. Most varieties are straight coconut water but others, like Coco libre, are made from concentrate meaning that water was removed and then later added back into the coconut extraction. Shown below are three different varieties of coconut water with best by dates of 9/25/16, 10/15/16 and 11/09/16 respectively. 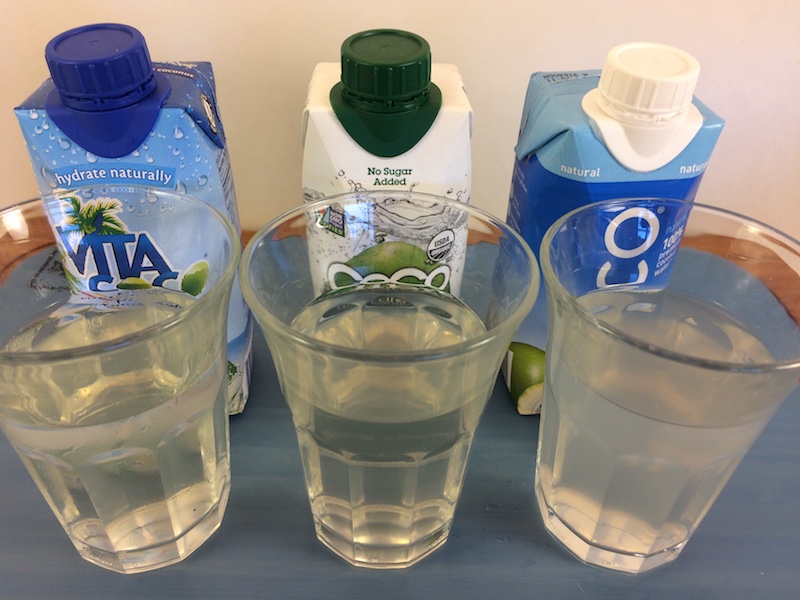 These three were all sealed properly and are all within their EatByDates.